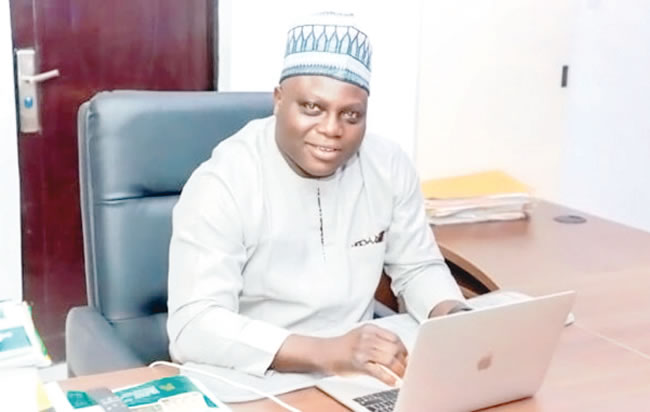 The Cocoa Research Institute of Nigeria (CRIN) has emerged from the glooms of inactivity, industrial unrest and dwindling research activities foisted on it by a number of factors in over one decade.

Various administrations of the institute have been distracted by internal industrial unrests, agitations amid dwindling research culture and poor funding.

The impact also reflects on the cocoa productivity in the country.

However, indications have shown that internal industrial crises and demotivation have been overcome as the new administration has adopted some collaborative strategies in the last two years. Hence, industry stakeholders expressed optimism that this would affect the value chain positively.

CRIN has collaborated with more stakeholders in the last two years on skill acquisition, extension workshops for stakeholders on best practices and knowledge transfer, especially on grafting, fermentation, drying platforms, packaging and farm maintenance, among others. These are expected to impact on quality and quantity of cocoa produced in Nigeria and minimise rejection in the global market.

As crude oil economy gradually becomes unsustainable for the country, cocoa is one of the crops being promoted by the government to diversify the economy.

This necessitates CRIN’s collaboration with the Federal Ministry of Agriculture on skill acquisition, technology development and transfer to farmers and other stakeholders.

The institute has also partnered with the Nigerian Export Promotion Council (NEPC), Ibadan Export Assistance Office, to train farmers to produce cashew juice at Yaku Village, in Ogbomoso, Oyo State. Most farmers were only interested in the sale cashew nuts, while the cashew apples got wasted.

Over 70 participants from Ogbomoso, Saki, Kisi and some other cashew-producing local government areas in the state were encouraged to go into mass processing of cashew apples into juice.

Also, a workshop on cocoa, in collaboration with the South-South Region of NEPC, was organised for farmers and extension workers in Bayelsa State from April 21 to 22, 2022, in Yenagoa and 50 participants were trained.

On international collaboration, CRIN and German Industry and Commerce in Nigeria (DGIC) have also partnered on cashew education and training project following the establishment of the dual vocational education system, an approach which offers an excellent skills development in Germany education system, which seeks to provide a platform for stakeholders to strengthen market for vocational education and training (VET) in Nigeria. The endorsements opened discussions between DGIC and CRIN to achieve the objective of the organisation for cashew value chain development in pilot states in Nigeria.

As part of its corporate social responsibility in human capital development, 15 students on internship with the CRIN were trained on the production techniques of cashew milk on September 6, 2021. The scheme was anchored by the Value Addition Research Department with Mr Mokwunye Chukwuma, Assistant Head, Processing Division of the Department, as the trainer.

Apart from that, the institute organised training on chocolate and soap production with cocoa pod husks for interns to transform wastes to wealth and empower the youth.

To revive old plantations and establish new ones, CRIN, in partnership with the Federal Ministry of Agriculture and Rural Development (FMARD), has distributed more than 300,000 hybrid cocoa seedlings.

Adebola expressed optimism that CRIN would meet the target of yearly distributing 500,000 seedlings to accelerate cocoa production, and said his efforts are centred on human capital development as a means of helping the institute to realise its core research mandate.

Again, CRIN and Agro-processing, Productivity Enhancement and Livelihood Improvement Support Project (APPEALS), a World-Bank assisted project, have also partnered towards the actualisation of the project, a capacity building on “Good Agricultural Practices for Sustainable Cashew Production in Kogi State,” organised for cashew farmers by the coordinating office of APPEALS project, Kogi State, in Kogi East, Central and West Senatorial districts from April 5 to 15, 2021.

A total of 568 cashew farmers, including youths and women, were drawn from 11 clusters across eight local government areas of the state.

It was a great task of rebuilding and repositioning the institute considering the deep-seated animosity and stagnation that embroiled the system following unpaid debts, moribund infrastructure, withheld funds and aggrieved staff whose morale was on the lowest ebb.

Part of the frequent industrial disharmony in CRIN before now was delayed promotion. However, the institute conducted promotion interview for the senior staff on February 14, 2022 and 142 staff, across all designations, were involved.

It was also gathered from staff that promotion examination was organised on May 24, 2022 for the staff in the junior cadre.

The Board, led by Alhaji Abdulahi Jao, admitted that because members of staff were getting their promotions as and when due now, industrial harmony had been restored. Promotion and other arrears owed by the past administrations were being paid.

“Before I assumed office, there were crises in CRIN, and it was known for labour unrest. This reduced the gains of previous administrations. But since I came in, with the help of the CRIN Board Chairman, Alhaji Abdulahi Jao, and members, I have been able to unite stakeholders and brought stability to CRIN. In terms of labour, the present management has been able to work hand-in-hand with all the three in-house labour unions and I think I have won their support,” Adebola explained.

Meanwhile, sources of internal revenue have been revived. The apiculture unit of CRIN has yielded fruits as honey is being harvested from the fully colonised hives. The plantations at the zones provided the enabling environment for the deployment of the hives. The unit is coordinated by Director Cashew, Dr. Olufemi Ibiremo.

The production of CRIN sachet water began again on the 18th June, 2021 after it stopped for more than a year. The Pure Water Factory was handed over to the Director in charge of the Internally Generated Revenue (IGR), Mrs. P.A. Ubebe in February 2020, but the factory stopped production in March 2020 due to shortage of materials. On resumption of office by the ED CRIN, Dr Patrick Adebola, promised that he would do all he could to revive the factory.

Adebola explained that one of the major items in his agenda is to revive the culture of research, which had been de-emphasised as a result of crises and poor funding.

“Now, research activities have started coming up. We are able to do that through change in leadership positions and reorganisation of various programmes, and re-appointments of capable and knowledgeable leaders for research programmes,” he said.

The management has also facilitated a World Cocoa Foundation/African Cocoa Initiative Phase II (WCF/ACI II) sponsored third Flavour Quality Laboratory (FQL) at CRIN. The grant was to support the hosting country (institution) by supplying the equipment and fund the training and activities of the laboratory for two years, while the host will provide adequate laboratory space.

A visit by journalists to the institute revealed that there were ongoing structural transformations in the institute. They cut across road construction, laboratory, conference hall, electrification, training centre, perimeter fencing, furniture and Information and Communication Technologies (ICT), among others.

The interactions of CRIN with NEPC has also yielded a N50 million grant. The NEPC offered the grant to support the production of cash crop, particularly cocoa and cashew.

According to Ibiremo, the programme leader, Cashew Programme, the institute embarked on capacity building of the stakeholders at Ogbomosho and Kabba (Kogi State). The other component of the grant is the establishment of a polyclonal seed garden, and CRIN successfully procured two hectares of land at Ilero (Oyo State) and Kabba College of Agriculture (Kogi State) for the purpose. About 1600 grafted seedlings of cashew were used.

Last updated on September 7, 2022
Staff Reporter
Our News Cuttings team is comprised of veteran journalists and student interns with a passion for recency and relevancy.
View All Posts